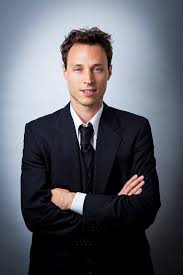 He’s been a session/live freelance drummer in the Toronto scene since 1996 and is a highly sought after private drum teacher (by hundreds of students of all levels and all ages), having given almost 7000 drum lessons since 1998. At one point Adam was teaching over 50 students in one-on-one lessons over four days.

Adam is a very enthusiastic teacher, completely dedicated to empowering students of drumming. He has a wealth of knowledge on multiple drumming styles and subjects, drumming heritage, and is all about the music. He has a positive attitude and loads of experience in the music business and is a good role model to those who are becoming more serious about their careers in music. His main goals are to continue his freelance live and session work with prominent artists, to teach drumming privately, and to teach drumming in clinics all over the world.

He’s worked in Post Audio as an engineer (completing about 50 Radio and TV commercials, and a dozen demos and full length albums), a Production Assistant and Runner on Film sets, and a freelance editor. He’s written four novels and many short stories, articles for drum companies, has made a few indie films of his own, organized a portrait of over ninety pro drummers in Toronto, has a degree in Philosophy and has traveled in England, Greece, Switzerland, Cuba (2x), Argentina, Brazil, Peru, the US (13x), Canada, and Ghana.

Adam Hay plays Vic Firth sticks exclusively and was accepted into Vic Firth’s Education Program as an endorser in March 2009. He endorses Evans Drumheads and plays Yamaha Drums and Sabian cymbals and proudly receives support from these companies. He received a gold record in 2007 from the Chantal Kreviazuk camp for extensive work as her touring drummer. He was featured in The Black Page Magazine in September 2010 for the cover story.