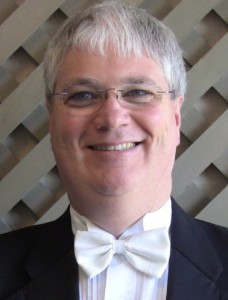 Dr. Michael Keddy began his musical career in the Golden Lions Drum Corps of Simcoe, Ontario. He studied percussion and music education at Western University in London, Ontario and continued to march, eventually marching under Tom Float in the World Champion Blue Devils’ snare line. Currently, Dr. Keddy is Director of Bands at St. Margaret’s School in Victoria, BC and Music Director of both The University of Victoria Don Wright Symphonic Winds and The Greater Victoria Concert Band. He earned a Ph.D. in Music Education/Conducting under the supervision of Dr. Gerald King after completing a Master’s Degree in Wind Conducting under Dr. Dale Lonis at the University of Manitoba. Previously, he served as Head of Performing Arts at Parry Sound High School in Parry Sound, Ontario, where ensembles under his direction were consistently praised for their exceptional musicality. As a percussionist, he has performed in Europe as marimba soloist and percussion section leader of the Ontario Youth Concert Band. On the same tour, he also served as Associate Conductor (Concert Band) and Music Director (Jazz Band) for the group. He continues to perform on percussion as section leader for the Meridiem Wind Orchestra of Victoria, BC. He has adjudicated and provided numerous music education and percussion clinics at many festivals and venues throughout Canada, most recently as the lead clinician for the Ontario Band Association’s Beginning Band Symposium held in Toronto last fall.