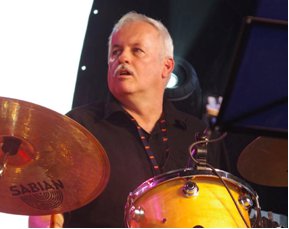 Jack Broumpton is the Chief Judge of the Canadian Drumline Association and is currently performing with the Brian Quebec Trio, and the Sudbury Symphony Orchestra.

Jack was an Assistant Professor of Music from 1986-2000 at Huntington College, Laurentian University, and Cambrian College, adjudicated in the Ontario Drum Corps Association and served as provincial chapter president of the Percussive Arts Society. He marched with the Flying Dutchman Drum & Bugle Corps (Kitchener, ON), the Guelph Royalaires Drum & Bugle Corps (Guelph, ON), and the Midlanders Drum & Bugle Corps (London, ON), where he continued as an instructor.