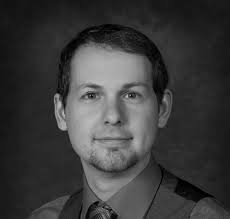 Michael began his music career in Bossier City, Louisiana. Where, at the age of 10, he enrolled in the beginning band program at Greenacres Middle School under the guidance of director, Cheryl Corkran. After many years of percussion classes, and even more private lessons, Michael decided he wanted to pursue a career in music. This career path has afforded him many opportunities instructing, performing and composing across the United States and Canada. In 2013 Michael was hired as the Director of Impact Performing Arts in Edmonton, Alberta, Canada.

Before accepting the position with Impact, Michael served as program coordinator and percussion caption head for the Blue Saints Drum and Bugle Corps from Sudbury, Ontario, Canada. Along with his duties with Impact, Michael works as the drumline instructor and music arranger for Lillian Osborne High school in Edmonton.

Michael earned a Bachelor of Arts degree from Northwestern State University where he studied percussion under Mr. Ken Green. Michael continues to arrange and compose for high school marching bands in the U.S. as well as, providing clinics for area high schools.

Michael is also a member of the education team at Salyers Percussion, where he endorses their sticks and mallets.