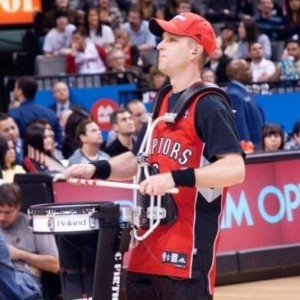 Rob has been involved in the marching activity for close to 40 years. He spent 9 seasons with the Canadian Knights Drum Corps, winning the 1986 DCI A Class World Championship. After his age out season with Dutchboy in 1989 spent the next 20 years teaching various groups throughout Canada, The United States and Japan.

Rob served as the percussion caption head for Dutchboy 06-07 and the Kingston Grenadiers 08-09 . He was a member of the 1997 DCA Champion- Empire Statesmen, and the drumline section leader in 2001.  Rob was also an original member of TR Beat (07-10) performing at Toronto Raptors home games.